Adama Traore, who just finished his Spanish national team's debut, responded to the question of whether he might return to Barcelona in the future. In addition, he also said that Canute did not try to persuade him to join the Mali national team. 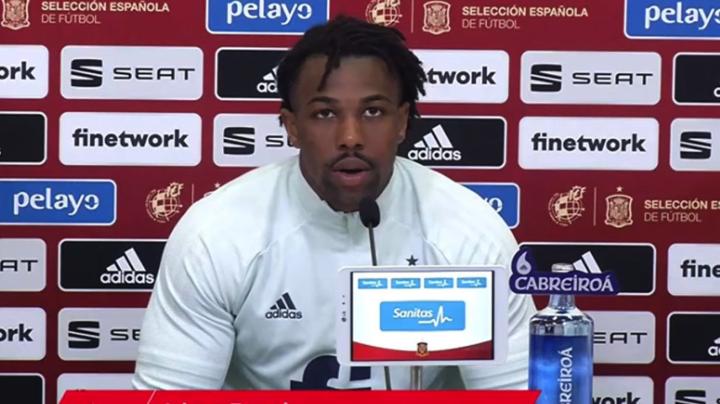 "Fati? We talk about everything. We met in the youth academy back then. We talked about some of the things we experienced together in Barcelona. We are also very familiar with each other." Adama-Trao Ray said.

"As for the question of whether I am suitable for Barcelona's tactical play, it does not depend on me. My mentality is to try to get better every day."

"100m speed? I have never measured it. I want to measure it, but GPS will show my sprint speed on the court. Sometimes that will surprise me, but that's my style of playing."

"Canute persuaded me to join the Mali national team? I never talked to him about this issue. I met him when I was young. He was a big man in Mali, but I didn't talk about it with him."

"Enrique? He let me go all out to help the team win. I can only thank him for his trust in me, including his coaching team and team doctor. His persistence allowed me to be here."

"If three defensive players are by my side, it is a gap for me."